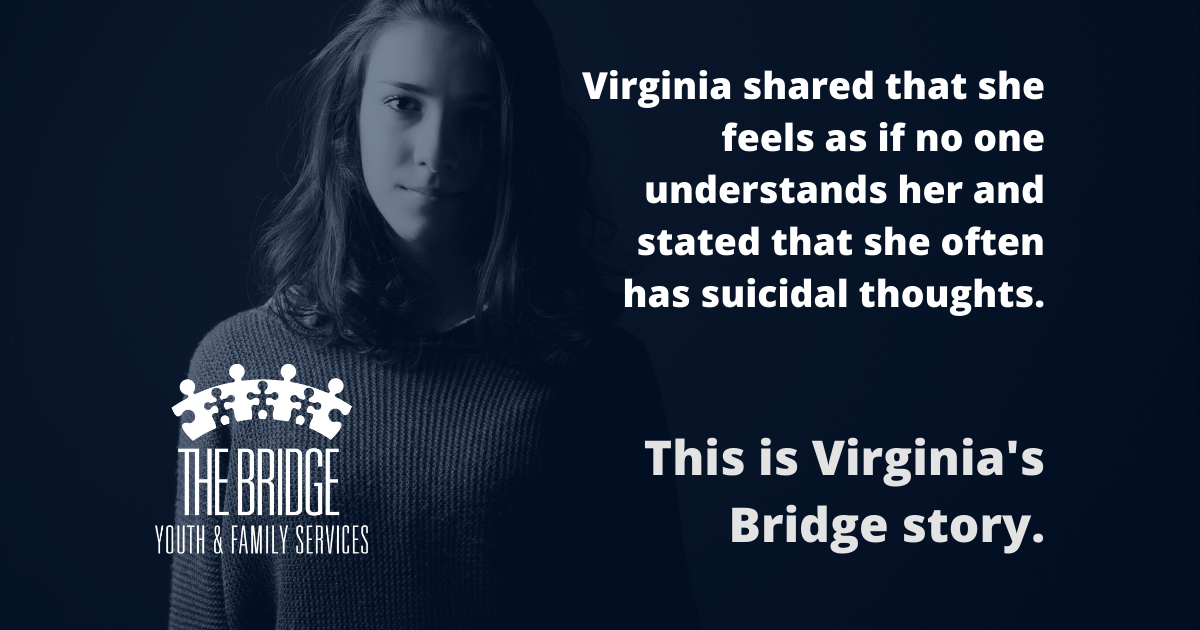 Virginia is a 15-year-old girl who was brought to The Bridge by her mother. Prior to coming to The Bridge Virginia was found harming herself and having severe panic attacks in school.

Virginia’s Bridge therapist asked her if she had the means and a plan to take her life. She mentioned that she had pills at home and could not stop thinking about taking them and was strongly considering swallowing them when she got home. At that time, Virginia’s therapist realized the severity of the situation and consulted with his supervisor and decided that hospitalization would be the most appropriate treatment for her given the extent of the suicidal ideation.

When approached that hospitalization would be the best course of treatment, Virginia responded that she would be willing to go to the hospital and her therapist quickly gathered details on where to go. Due to the severity of her suicidal thoughts her therapist suggested that her mother take her in immediately. Virginia’s mother agreed and took her straight to the hospital where an assessment was completed. Later that evening she was admitted to the hospital. Her mom called the Bridge therapist the next day and thanked him for understanding the severity and for helping Virginia receive the care that she needed.