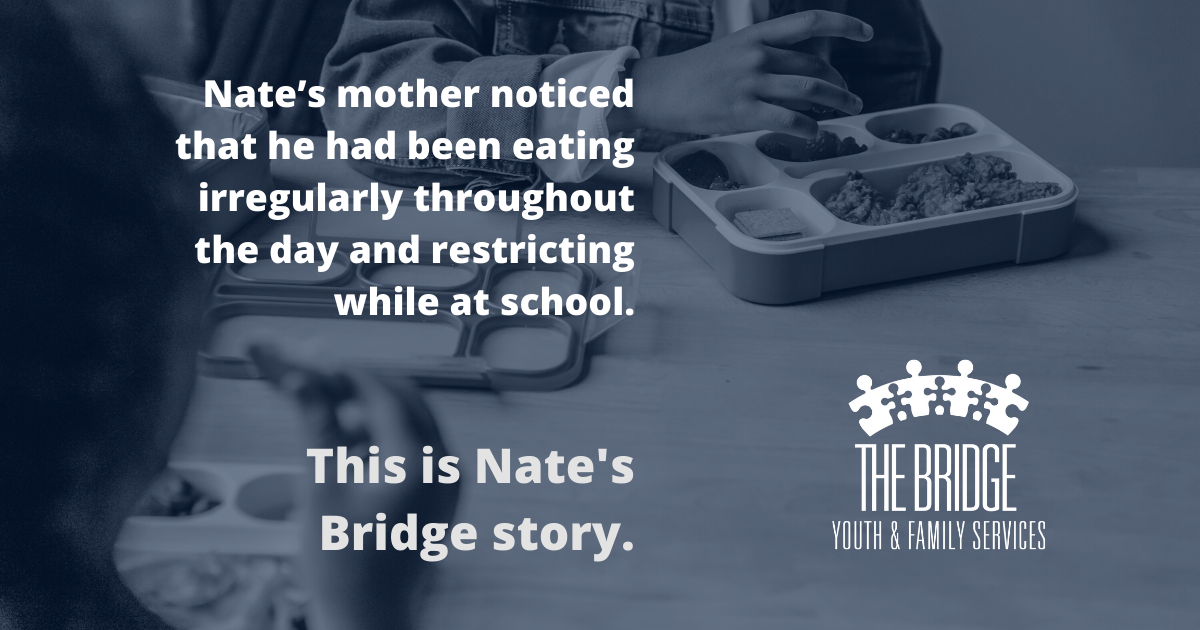 Nate was referred for individual counseling services at The Bridge by his school social worker. When Nate started counseling, he was extremely emotional and often had aggressive anger responses. In school, he had been dealing with a lot of bullying from his peers and did not have many friends. Nate’s mother noticed that he had been eating irregularly throughout the day and restricting while at school. Nate said that he had been crying a lot and frequently felt “sad”. He wanted to be left alone and he preferred to isolate himself. He was experiencing extreme mood swings, agitation, and poor concentration at school and at home and was struggling with low self-esteem and worries that others were always judging him on his appearance and behavior. He had thoughts about suicide and had harmed himself on more than one occasion.

In his homelife, Nate lived with his mother and father, and had a younger brother. His father was away from home for a year due to work and although he had been back for the past two years, his absence had brought on a sense of sadness and loss for Nate. The absence significantly impacted Nate’s mood and affected his mental health.

Nate is currently receiving individual counseling at The Bridge. Since he started therapy, Nate has overcome some of his struggles to express his feelings and emotions and he enjoys using art to explore his emotions. His Bridge counselor continues to work with Nate in targeting his emotions and learning how to cope during times of distress. In addition, his self-esteem has improved and he’s learning to identify positive attributes in himself.