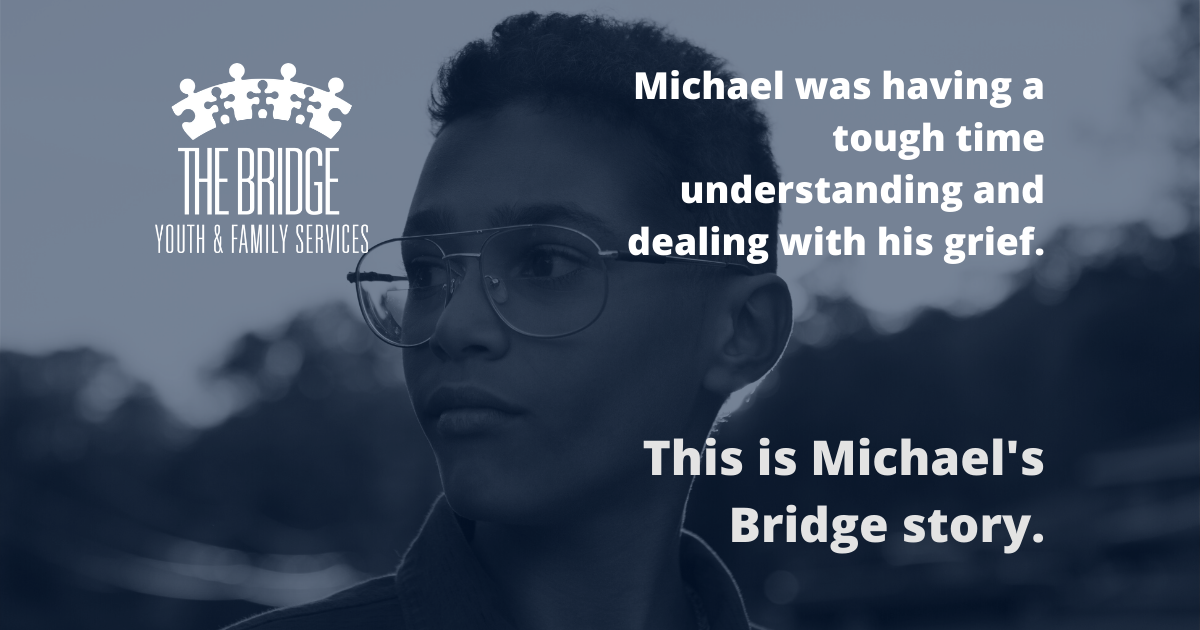 Michael is a nine-year-old boy who was experiencing significant levels of anxiety and stress surrounding school, family, and friends and was referred to The Bridge by his school social worker. According to Michael’s mom, he has already been through a lot at such a young age. Michael’s mom and dad are divorced and he has had a difficult time navigating this change. His mom was also diagnosed with cancer a few years ago and Michael witnessed her battle with it first-hand. She also shared that there had been multiple deaths in the family and Michael was having a tough time understanding and dealing with his grief. During the initial intake with the Bridge therapist, Michael’s mom stated that she wanted her son to have a safe space where he could express himself and learn to cope with his feelings.

During his counseling sessions at The Bridge, Michael reported past suicidal ideation but did not indicate any current suicidal ideation. He stated that he struggled a lot with self-esteem and tended to compare himself negatively to other kids. To cope with some of these traumatic experiences Michael began participating in a group at school that covers some topics including grief and trauma.

Although he receives good grades, Michael experiences a significant amount of stress surrounding school. Michael is a very good student and is passionate about the activities he is involved in, but he continues to doubt himself and his abilities. Due to this, the counseling has focused on building his confidence. Michael tends to bottle up his emotions, so his Bridge therapist has provided him with new coping skills to manage his stress and emotions. Mindfulness techniques have also been introduced and continue to be practiced throughout his treatment. This therapist continues to encourage and remind Michael of his strengths and has asked him to complete a daily self-esteem journal to remind himself of all the positive things in his life.

Michael has been very responsive to these therapeutic interventions and continues to utilize these tools outside of the therapeutic environment.