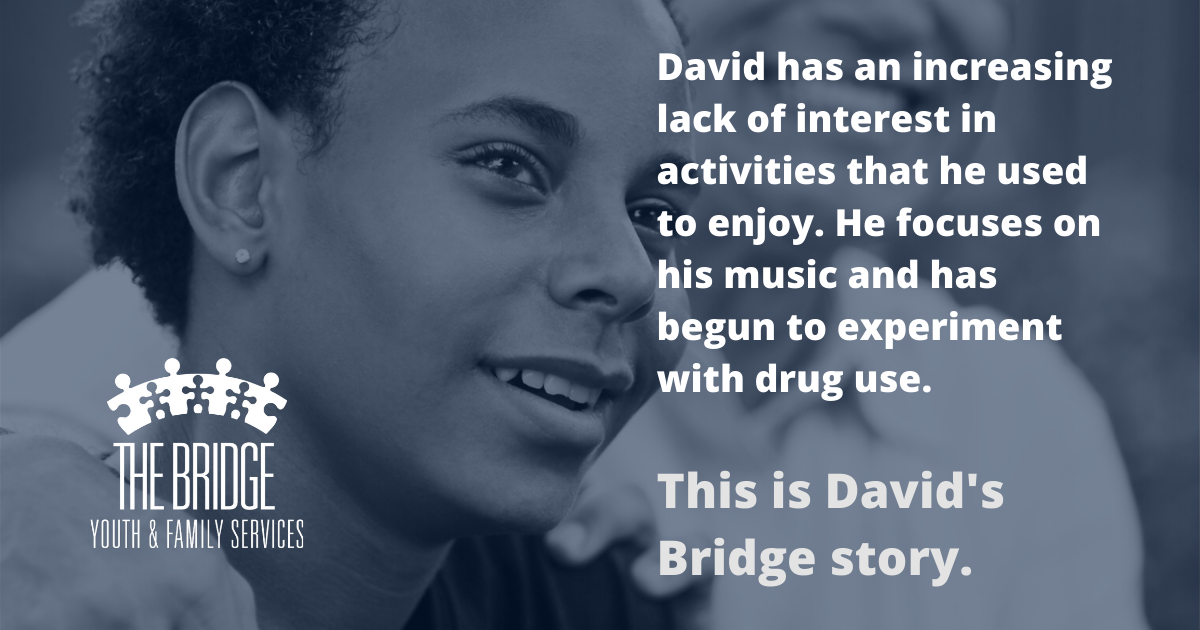 David is a teenager who lives with his mother and younger sister. Before he was incarcerated on drug charges, David’s father was also in the home. However, he frequently made David the target of his anger, deflecting abuse directed at David’s sister and mother to his son. Because of the complexities commonly associated with experiencing violence at the hands of a loved one, David found it difficult to process and vocalize how he felt when his father left.

Recently, David has been experiencing symptoms of depression and post-traumatic stress–unusual fatigue, increased difficulty in concentrating at school, nightmares, and disruptive reactions to triggering events. He has little interest in his home life, instead he focuses on his music and has started to experiment with drug use. David’s mother has noticed the changes as well and has sought help from The Bridge Youth and Family Services.

David’s therapist at The Bridge has used cognitive behavior therapy techniques in order to address his behaviors. David has started to learn anger management strategies such as deep breathing and recognizing his triggering places, situations, and people. His therapist continues to work with him on activities to help him become aware of his self-thoughts, emotions, and behaviors.

Because of the added factor of recent drug use, David has received counseling on the dangers of such activities. His counselor also referred David to The Bridge’s Youth Mentoring program. David was matched with an adult mentor whom he spends one-on-one time with at least once a week. They do community service projects and attend group activities with other program participants. The dedicated adult attention and guidance and the interactions with other kids and teens with similar life experiences has been helpful for David’s progress. 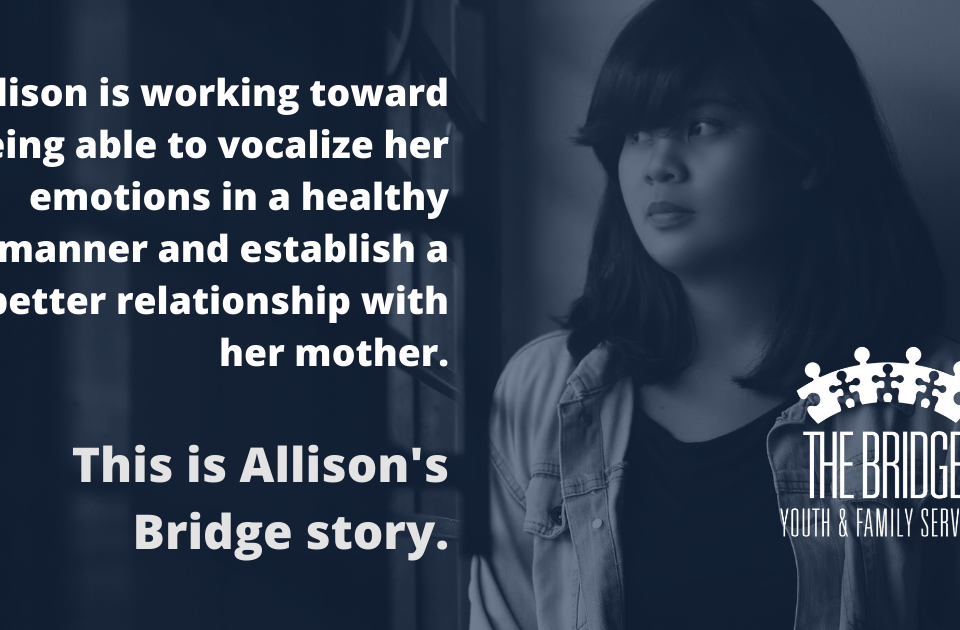 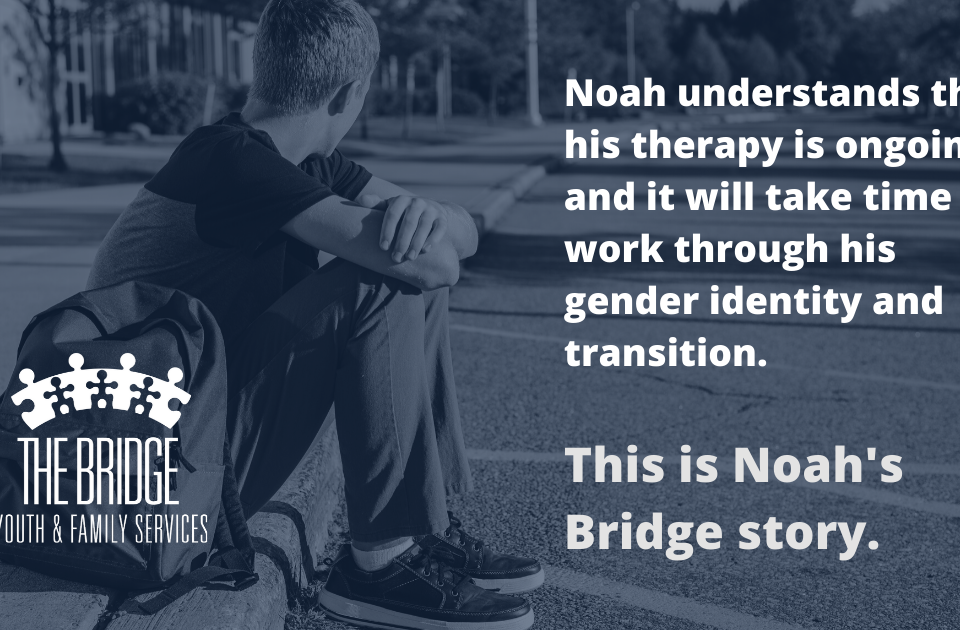 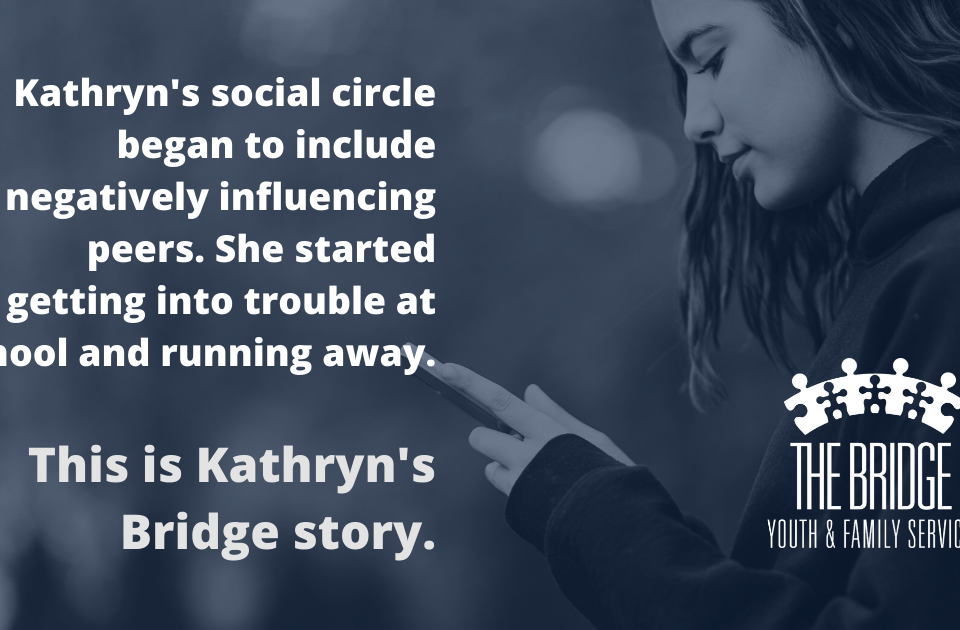